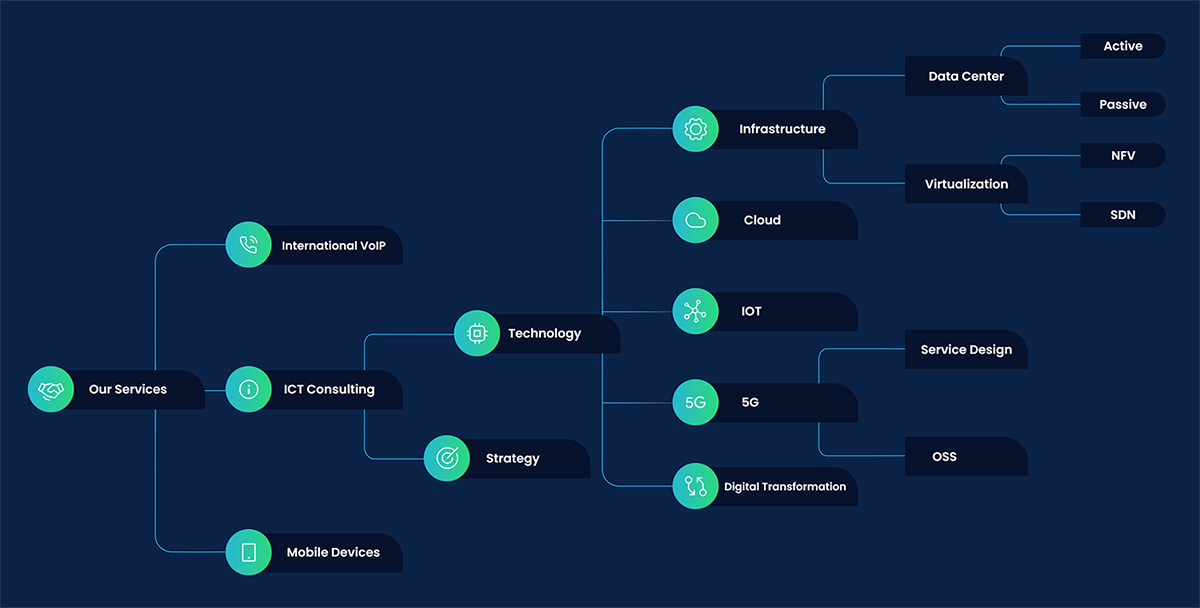 SDN is a sort of network architecture that utilizing software-based controllers or application programming interfaces (APIs) creates a network that can intelligently and centrally be controlled and programmed. Irrespective of the underlying network technology, SDN allows operators to manage the whole network regularly and holistically. SDN as software-based networking is essential because:
1. increases control significantly through higher speed and more flexibility
2. enables customizable network infrastructure
3. provides robust security.

MEC transfers traffic and service computations from a centralized cloud to the network’s edge, bringing it closer to the client. Proximity, ultra-low latency, high bandwidth, and virtualization are the MEC Characteristics. In addition to the above, MEC also provides cloud computing services and an IT service environment at the network’s edge. MEC is often implemented using distributed data centers at the edge. Edge applications necessitate a high-bandwidth, and low-latency environment. Distributed data centers, or distributed clouds, are made by service providers to do this. By processing content at the edge with either a server or a CPE, the MEC platform enables distributed edge computing. The benefits of MEC include:
– New services and new revenue streams
– Real-time analytics with lower latency
– Reduced cloud data storage and transport costs
– Improved availability of applications and IT assets
– Conserve network bandwidth and reduce network congestion
– Strengthen security and compliance

NFV is a procedure for network operators that using decoupling functions like a firewall or encryption from dedicated hardware, and transferring them to virtual servers, reduces cost and speeds up service deployment. NFV decreases network operators’ dependence on dedicated hardware appliances and enhances scalability and customization throughout the whole network. Unlike a virtualized network, NFV aims to offload only network functions, not the complete network. Separation of the network functions from physical hardware provides the network operator with some advantages, including:
– Decreasing required space for network hardware
– Decreasing network power consumption
– Decreasing network keeping costs
– Simpler network upgrades
– Longer life cycles for network hardware

From a cost-efficiency perspective, in complex operating environments such as HetNet or Carrier Aggregation, utilizing a master C-RAN base station simplifies radio resource management. In comparison to a distributed BTS architecture, co-locating the baseband processing activities at the master C-RAN base station eliminates the wasted resources of under-utilized BTSs, resulting in a pooling gain.
From the interference perspective, implementing new technologies like small cells and carrier aggregation is substantially easier when baseband processing and radio resource control are centralized in a single master base station. Coordinated control of overlapping small and macro cells becomes increasingly important as more frequencies are transmitted in the same geographical location. The C-RAN architecture is capable of handling a wide range of coverage scenarios.

Wireless throughput demand for both mobile and fixed will continue to rise. Massive MIMO, also known as Large-Scale Antenna Systems, is a feasible technology candidate for satisfying this requirement. Spectral efficiency increases of fiftyfold or more over fourth-generation (4G) technology are regularly mentioned. Utilizing directly measured channel parameters, a multitude of physically small, individually controlled antennas perform aggressive multiplexing/demultiplexing for all active users. Massive MIMO, unlike today’s Point-to-Point MIMO, is expandable to any desired degree in terms of the number of service antennas, and this is because of using time-division duplexing (TDD). Higher throughput, lower radiated power, uniformly excellent service throughout the cell, and more signal processing simplicity are all advantages of adding more antennas. Massive MIMO is a completely new technology that has yet to be fully realized. Nonetheless, the fundamentals of its operation are well understood and straightforward, making it surprisingly simple.

The automation technology that is designed to create the simpler and faster configuration, optimization, planning, and management of mobile radio access networks is called SON. 3GPP Release 8 and further specifications have defined SON in a sequence of standards, such as 36.902, as well as public white papers predetermine NGMN use cases. Long Term Evolution (LTE) is the first technology that employs SON capabilities, however, the technology has already been retrofitted to previous radio access technologies like the Universal Mobile Telecommunications System (UMTS). The three major architectural kinds of self-organizing networks are typically used to classify them:
– Distributed SON (D-SON): Functions are distributed among network elements at the network’s edge, typically ENodeB elements.
– Centralized SON (C-SON): Function is often concentrated closer to higher-order network nodes or the network OSS.
– Hybrid SON: A hybrid scheme that combines characteristics of both centralized and distributed SON.

Network orchestration is the process of automating interactions between various sorts of devices, domains, and even other systems in the network. Orchestration often requires the capability of communicating with a wide range of device kinds and suppliers, as well as across multiple domains and management systems, which requires the use of programmatic interfaces, such as Restful APIs. A set of rules or policies established by the organization define the orchestration system.
There are several types of network orchestrations, which are described below:
• Policy-Based Automation (PBA): The most basic sort of orchestration is PBA. It abstracts individual device configuration and allows for centralized control of a “policy,” which is made up of specified configuration settings for a given device type or role.
• Software-Defined Networking (SDN): It’s a more advanced form of network orchestration. It was originally intended to split the control-plane and data-plane in networking layer devices to provide improved operational efficiency using programmable forwarding tables (like via the OpenFlow protocol).
• Intent-Based Networking Systems (IBNS): This is one of the most advanced methods that can involve more time to certify that the design and required features are developed correctly and that the ready-to-consume planned state is translated into actual network configurations.

Cloud computing, has made significant modifications in the worldwide communications industry and telecom service providers. To fulfill the increased demand from business operations, companies are more interested in cloud services. The cloud telecommunication market would increase at a CAGR of 20.89 percent from 2020 to 2025. The threat of cyber-attacks is a big challenge for the market. The following are some well-known cloud computing benefits for providers:
• Via IT independence, telecom companies can provide a wide range of services through the huge cloud computing network.
• Cloud computing lowers operational costs for hardware and software and allows for infrastructure scalability to meet the needs of telecom service providers.
• For carriers, managed cloud services improve data center efficiency. As a result, cloud and telecom integration extends the life of a data center and improves server usage.
• Telecom providers can use the cloud as a scalable engine to create scalable and managed services. As a result, telecom companies can diversify their products and services to increase revenue.